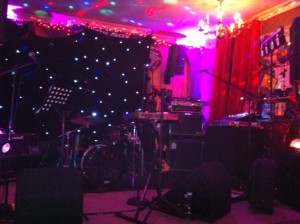 Thanks so much to London party band Discovered for providing such great music and atmosphere for our party. Everyone thought you were really great. One friend said you sounded far better than the original artists on many of the tracks!
The band were really professional and provided a great night of music and entertainment for our party. Furthermore, everybody commented on the great range of tracks and the impressive performance which had everybody up on their feet dancing.  Finally, we would definitely recommend them.

Discovered are a professional functions band, available for weddings, parties, corporate and much more!